Submitted by students, these are internship experiences told first-hand. 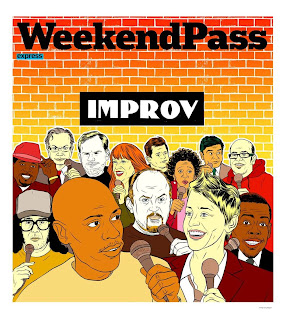 My name is Corey Adams and I’m a senior illustration major. This summer I had the opportunity to intern for a local Baltimore freelance Illustrator named Alex Fine. Alex is a MICA grad, and is currently doing editorial illustration for clients such as the Washington Post, the Hollywood Reporter, and the Spectator. I got in contact with Alex during late March of 2012, I had seen his work before around Baltimore and noticed that he was going to be at the MICA career fair later that week. I decided to contact him early before he got to the school and explained to him whom I was and why I would like to Intern for him over the summer. He was very willing to let me intern for him.

I worked with Alex one on one this summer, since he’s a freelance illustrator who works from home, I would normally go over there about 4-5 times a week to work with him. A normal workday for us would start out with him going over some of my work. He would give me mock editorial assignments all summer to help prepare me for my senior thesis, so each morning we would talk about the work that I did, he would critique me and give me demo’s, which turned out to be extremely beneficial for me and my work. After that he would give me line work for editorial jobs he received that week for me to color. I would color flats for him about 80% of the time, which helped me learn how to work faster and more efficiently with my  own work. Alex would supervise everything I did. 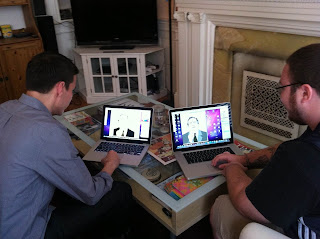 It was great to work with him on some of these assignments because I got to see first hand what it was like to work as a freelance illustrator. I would see that projects that he did from start to finish. I got to work on some things for the Washington Post and the Hollywood Reporter, which was an amazing opportunity. One of the most important things that Alex taught me was how to effectively promote my work and contact art directors. We put together a client list for myself and I spent a week on my own contacting art directors, which really paid off in the end because I received a lot of helpful feedback from most of the people that I contacted, and even got on the cover of Dig Boston. That is the one thing that I am the most proud of from this summer, because before the internship I didn’t really have a solid understanding of where I was going with my Illustration and now I’m well into my thesis knowing exactly what I want to do with illustration. 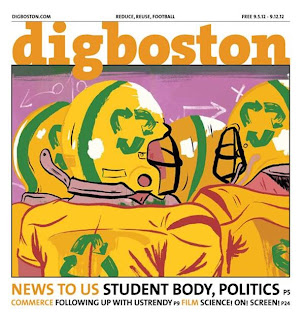